JASON SCHICIANO IS a man on a mission. As president of Tarrytown-based Levitt-Fuirst Associates insurance brokerage, Schiciano drove to Albany on May 15, determined to add his voice to the chorus that has spent years trying to persuade the legislature to modify the state’s so-called Scaffold Law. That law, the only one of its kind in the nation, has been interpreted by the courts to place “absolute liability” on the contractor and property owner when a worker suffers a gravity-related injury while working on a building. The effect is that co-op and condo boards who do not get adequate indemnification clauses in their construction and building maintenance contracts can be held liable for millions of dollars in damages – even if the injured worker was drunk or failed to use safety equipment. Schiciano estimates the law also adds at least 10 percent to co-ops’ and condos’ insurance premiums – and probably “considerably” more. 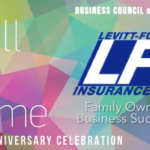 What Is the Scaffold Law Risk?
Scroll to top
Employee Login