Habitat Magazine, March 24, 2021
Co-op and condo boards seeking protection from excess liability – such as a serious injury to a worker during a facade project – are finding that the umbrella policies of yesteryear, with their high coverage limits and relatively low premiums, are a thing of the past. In today’s so-called “hard” insurance market, the math has been reversed: coverage is down, and premiums are up.

Jason Schiciano, Co-President at the insurance brokerage Levitt-Fuirst, saw this first-hand recently. Clients who had been offered an umbrella policy with a limit of roughly $100 million last year suddenly saw that offer reduced by some 85%. The program manager, a middleman who negotiates between insurance carriers and insured parties, brought together half a dozen carriers to build what’s known as a tower – a single umbrella policy underwritten by several carriers. The coverage limit was brought back nearly to last year’s level, but the 45-day lag during negotiations was a telling barometer of the pressures at work in today’s insurance markets.
“The fact that there was a delay indicates that there’s a reluctance by the program manager’s carriers to write umbrella policies for co-ops and condos in New York City,” Schiciano says. The reason? “It’s because of the Scaffold Law, and what’s known as social inflation,” Schiciano says. “If a liability claim gets to a jury, that jury is going to have some company pay substantially if anyone gets seriously injured or dies. Jury awards have been growing exponentially in recent years.”Such jury awards, commonly six figures, have helped push umbrella policy premiums up by 20% to 50% a year for the past three years.

Elizabeth Heck, president and chief executive at the insurance carrier Greater New York, says today’s hard market began to take shape a couple of years ago. “Beginning in the third quarter of 2018,” she says, “there has been a lot of pain in umbrella policies. Once carriers realized that there were deficiencies in their reserves caused by unexpectedly large claims, they had to raise premiums. And they would have had to go up even more if coverages weren’t limited. When there’s an uptick in losses, you see the pricing go up.”
Heck shares Schiciano’s belief that insurance costs are being pushed up by jury awards that, in her words, “don’t reflect reality.” There are other factors. The good news, Heck contends, is that the $100 million-plus coverage limits of yesteryear were probably beyond what was necessary. She says most co-ops and condos should be comfortable with a coverage limit of $75 million, or even $50 million.Brokers and underwriters agree that all co-op and condo boards need to be diligent about another reality of today’s hard market: an increase in exclusions on general liability policies. Contractors, faced with their own high insurance costs, have been cutting those costs by buying policies that don’t indemnify co-op and condo boards in the event of an injury to one of the contractor’s workers. Failure to spot such exclusions can spell disaster for a co-op or condo.
“These exclusions are not always evident at first glance – especially to someone who’s not versed in the language of insurance,” Schiciano says. He advises boards to have their broker, or some other expert, give a close reading to contracts that often run in excess of 100 dense pages.

Meanwhile, it looks like the hard insurance market is here to stay for the foreseeable future. “In my opinion, it will certainly be here through 2021,” Heck says, “and I think it’ll probably be here into 2022.” 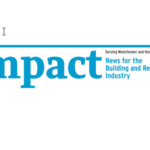