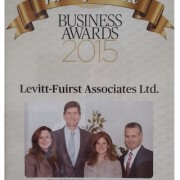 We are proud to announce that Levitt-Fuirst is one of the winners of the first-ever joint Westchester and Fairfield County Business Journal awards for top family-owned businesses.    We have worked throughout our company history to have a positive impact on the region, and look forward to continuing to be a leader in Westchester’s business community.

The following  essay was submitted to the Westchester Business Journal by Levitt-Fuirst, focusing on the long history of Levitt-Fuirst in the region.

“One of Westchester’s largest independent insurance brokers, Levitt-Fuirst has involved three generations of Levitt and Fuirst family members.    Currently the Principals are made up of co-presidents  Jason Schiciano and Ken Fuirst, with Valerie Levitt as CFO, and Ondrea Levitt Schiciano, Marketing VP.

Dave Levitt and Alan Fuirst were best friends in law school and when they graduated they each joined their father’s insurance business.   In 1969 they combined businesses and created Levitt-Fuirst.   Over the years, the 12 person firm grew into a very successful, highly respected insurance agency.

The third generation, with the addition of Darryl Friedricks as a key executive since 1994, has grown the company over the last 22 years, and now with 50 employees is one of Westchester’s most successful independent insurance brokers.    The growth occurred by further penetration of their niche construction and real estate business, and at the same time, by developing a highly successful general business group that services some of the largest manufacturers and distributors in the area.

Levitt-Fuirst also expanded into the high-end homeowners markets by offering unique services that no other agency in the tri-state offers.   They are recognized as a Chubb Cornerstone agent and represent other leading companies like ACE, AIG and PURE.

The Levitt and Fuirst families like to support their employees and the Westchester communities around them.   They subsidize gym memberships and bring-in nutritional lunches to foster a healthy environment.   And most importantly they give back to the community by supporting local charities including underwriting a Habitat for Humanity project in Yonkers.   Over the last two years over 200 man days were spent building the Habitat homes.” 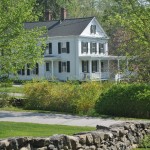 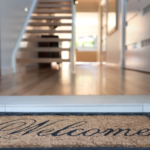